What is the Drama Triangle?

The Drama Triangle, proposed by Stephen B Karpman, is a psychological model of the ways in which humans interact. The three roles within the Karpman drama triangle include the persecutor, the victim, and the rescuer.

These roles are utilised by people engaging with the intention of fulfilling their own wants and needs. These patterns will often unconsciously conceal a person’s ulterior motives, which can result in boosting their own self-esteem. These subconscious desires portrayed through the triangle, will mean taking responsibility is avoided.

The Drama Triangle is an example commonly used within counselling sessions to help people in gaining understanding of their own or another person’s interaction patterns. Using this model as an example, highlights negative interactions and how they can be redirected to positive interactions to improve communication with others.

Areas of the Triangle:

The persecutor will often be the person placing blame on another person entirely whilst proving they themselves are right in the scenario. Persecutors behave in a manner that will be damaging to the other person by discarding their feelings and opinions and often intimidating them.

See the below traits commonly associated with the persecutor:

The traits of the persecutor are often displayed due to past trauma and abuse. The persecutor will repel any circumstance that makes them a victim – by making the first strike they create a protective defence mechanism.

The victim is often overwhelmed by their own sense of vulnerability and will function as if they are unable to solve their own problems. The victim will deny any responsibility of their situation but consistently complain about their circumstances. As opposed to acknowledging they have the power to make change, the victim will have plenty of excuses as to why they are in this situation.

See the below traits commonly associated with the victims:

The traits of the victim are often displayed due to a wounded inner child. The victim will fear the consequences that could come with taking responsibility. They often eventually seek to become a person of higher power such as a rescuer or persecutor.

The rescuer commonly feels the need to save people that they deem as vulnerable – without asking the individual first. The rescuer will feel a responsibility to ensure the victim feels okay with little regard for their own feelings. Rescuers will neglect their own needs. Being a saviour to others ensures they feel valid and needed.

See the below traits commonly associated with the rescuers: 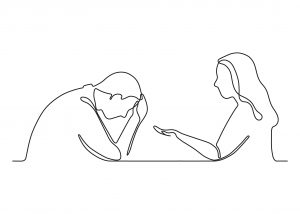 The traits of the rescuer are commonly used due to the belief that by looking after others, one day someone will look after them. This trait is often a result of lacking necessities during childhood. They believe they are nothing if not a rescuer and strive to keep the victim in the triangle.

Where the Drama Triangle can happen:

It is essential we acknowledge that none of the roles within the drama triangle are assigned to just one person. You can move between the roles of persecutor, victim and rescuer easily with just a change in one person’s role, in turn causing the other roles to shift.

The drama triangle can happen in almost any setting. These settings include a critical parent at home, a disgruntled manager at work or a strict teacher at school. Within families it may be a parent, sibling grandparent or any other family member, this includes romantic relationships and also friendships, which are quite common to enter the drama triangle sporadically.

In any situation where conflict may occur, the likeliness is that you are in a drama triangle.

How do you break the Drama Triangle?

In order to break the Drama triangle that you may be in, you will need to turn drama into empowerment. This is done by creating positive variants and working presently together.

The three roles – challenger, coach and creator – develop another triangle, commonly referred to as the empowerment dynamic. 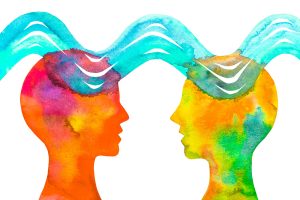 How counselling can help

Having counselling helps you to understand the Drama Triangle, enabling you to challenge, understand and accept your responsibilities and position without asserting power over others.

Methods used in Counselling may include Transactional Analysis. Our therapists will help you to self-reflect and unpick parts of the drama/situation that may be occurring, helping to turn these into a more positive approach than negative, whilst helping you to understand the roles in which you may play.

Talk with a Therapist

Taking the decision to start counselling or therapy can feel like a big step and there is often some apprehension about the process and how it works. All of our counsellors and therapists are experienced, accredited and highly professional.

We can help you to find a therapist, book your appointment and explain the process.

If you do feel like you need some help and support, Our Relationship Counselling professionals are available 7 days a week. Call us on 020 3930 1007.

We can offer in-person Relationship Counselling appointments at our head office in Fulham and Kensington. We also service Victoria, Putney, Chelsea, Wimbledon, Knightsbridge, Mayfair, and City of London.

In addition, we offer Online Relationship Counselling appointments wherever in the world you are located, should this better fit around your existing commitments or if you are not able to attend an in-person appointment.